Brian came to Orangetheory (OT) almost a year ago now. A friend suggested that he should try OT after researching the benefits of interval training. He wanted to try something new, at the very least, to supplement his training regimen. His friend couldn’t have been more correct!

At that point in time, Brian paid about $600 per month on a personal trainer who helped him lose close to 2/3 of the weight he needed to reach his desired goal. He realized that he didn’t enjoy pure lifting with only one cardio routine. Brian came to the studio for his first class and struck gold with this new type of training at OT.

“I wanted a workout that I could get excited about and that forced me to engage my body using more plyometric and cardiovascular intensive exercises.”

He said that he’ll never forget his first class taught by Coach Shay at the time. “Amazing music, varied exercises that worked my entire body, and frankly, the hardest workout I had ever attempted, were the most memorable features about that class to inform my decision to give OTF a chance,” said Brian. He felt like death as classes ended, but he felt absolutely phenomenal 10 minutes after class ended. It was at that moment he knew he was hooked!

Brian typically frequents the noon class three to four times per week. He said, “I love that noon slot because I can slip out of work for an hour and a half and engage my body. I feel invigorated after every workout and that powers me through the rest of my day.” This factor alone could have him attending classes at noon for eternity but it is not.

When he started training at OT, Brian wanted to lose the final third of his weight to reach his goal. “I wanted a workout that I could get excited about and that forced me to engage my body using more plyometric and cardiovascular intensive exercises,” said Brian.He had already lost more than 80 pounds by the time he first tired his class in March 2018. He lost more than 200 pounds from July 2017 to September 2018. Brian finally lost the last 35-40 pounds at OT. 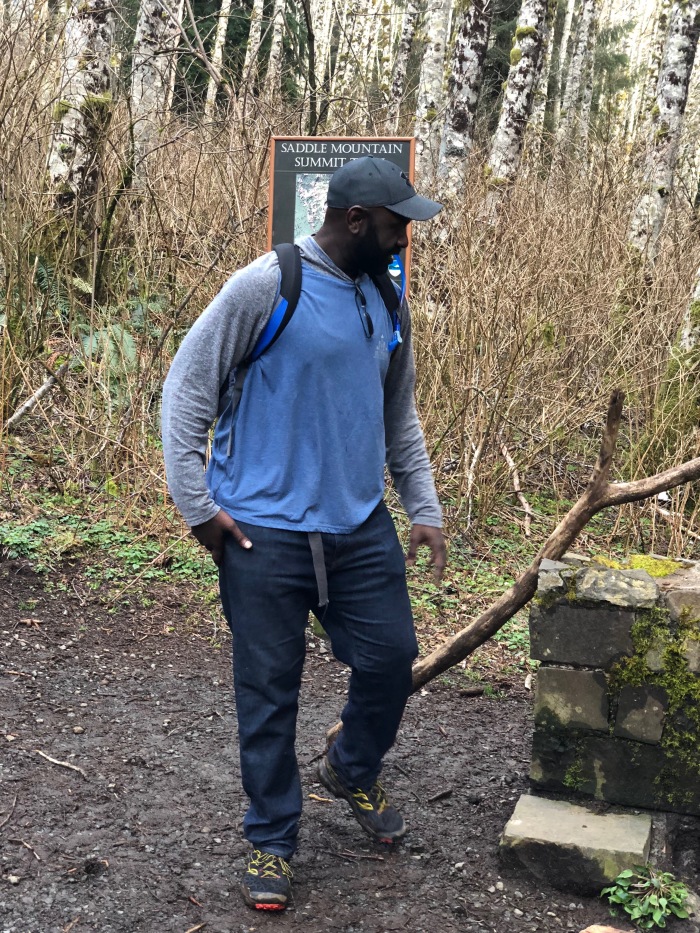 Now that he has reached his target weight, Brian has recommitted himself to living the best and active life. As an avid outdoorsman, he has taken what he has learned in class by controlling his breathing and heart rate applying it to other fitness recreational activities. Brian finds himself transitioning between base, push and all-out paces when he’s out on an excursion.

Brian’s biggest accomplishment in the last five years in his fitness journey has been losing 200 pounds – which is no easy feat! In addition, his overall speed and endurance has vastly improved since joining the OT family. Orangetheory has given him the workout he needed by providing engagement with variability, convenience and access to the same experience in different cities, which he loves.

“Simply put, I believe in the workout! I have found a workout that is compact (one hour long), highly effective, led by a caring and knowledgeable staff that takes place in a positive and encouraging environment that is fun! What more could I ask for?”

He definitely loves attending ESP (endurance, strength and power) days at the studio because he gets the biggest bang for his buck. Apart from the workouts, Brian enjoys the camaraderie between staff and fellow members. The energetic and encouraging environment pushes him to give his best in each class along with the wave of positive energy propelling him to the end of class.

He said, “Persia was a huge influencer for me. In the beginning, when I was still carrying around a bit of extra weight, her cheers of encouragement and her words reminding me why I showed up always get me through to the end of a hard workout.” Brian has branched out and began taking classes with other coaches and found that each one wanting him and other to succeed realizing their fitness potential.

Brian said, “Simply put, I believe in the workout! I have found a workout that is compact (one hour long), highly effective, led by a caring and knowledgeable staff that takes place in a positive and encouraging environment that is fun! What more could I ask for?”